It is quite terrifying to think about getting your seller’s account suspended by Amazon. It is even worse to suddenly have your most productive listing canceled. Your day-to-day ventures on Amazon can be brought to a halt when another seller claims that you have violated their patent. This will lead them to take action to get your product taken down by Amazon. If you ever find yourself in such a situation, knowing how to deal with a claim of patent infringement at Amazon will help you stay in business.

What is Amazon patent infringement?

Amazon is a large retail platform and if you are a seller, the chances are that you will probably run into a lot of competition. Because of this, certain sellers go to great lengths to sabotage their competition. Sabotage usually takes several forms, but these are the most common:

1. Making claims of patent infringement at Amazon against your business

When a fellow seller files a complaint against you, it might be because they feel like your products’ designs and other attributes come in the way of their productivity. Amazon’s policy has given sellers the right to act against other sellers they feel have violated their patent.

With claims being a good way to discourage patent infringement, a lot of sellers have begun to use them to discredit product listings of sellers they consider to be their competition.

This is probably the biggest flaw in the system because reliable sellers can have their business brought to a halt. Making claims of patent infringement is quite common, therefore, all Amazon sellers need to be prepared for it.

2. Involvement of illegal firms to send cease letters to the competition

In the second case, sellers will try to sabotage other businesses by bringing fake or illegal firms into play. These law firms work to cancel another seller’s product listing by issuing cease letters.

These illegal law firms do not have the right to send terrifying emails to sellers, and because the practice is quite common, all such letters should initially be treated with skepticism and doubt.

Before you can go to Amazon for a patent infringement, you have to have an idea of the nature of different patent claims.

We tried to make it easier for you by looking at the most popular cases that involve patent infringement. In each case, we will identify its nature and what you can do (if anything can be done) to address it. Here are some of the major types of claims presented in infringement cases:

1. Claims that will inevitably fail

Such cases have no chance whatsoever of being successful. That being said, they will still cost you quite a bit just to fight them.

In such cases, the patent owner may have a reasonable cause for making a claim. The only problem here is that there are no facts to back the claims up. The accused infringer has not committed any illegal act and that’s why the case is usually considered to be doomed.

A doomed case only comes to a conclusion when facts are brought into the picture. This process is known as a “discovery” and signals the end of the process.

For arguable claims, the intellectual property owner has some credible facts that their patent was infringed. On the other hand, the accused infringer also has some useful facts to argue and prove they did not infringe anything.

The term “arguable” is used to show that both parties have good reason to believe they are right. It is also worth noting that the presented facts on both sides do not make a solid case for either. Such cases only come to an end when a jury is brought into the picture.

3. Claims that are legitimate

These claims may not be completely backed up with facts, but as the name says, they are mostly factual. Legitimate claims usually end in favor of the trademark owner because there is enough information to affirm that you made a copyright violation.

If you are involved in such a case, fighting against the claim is futile. The facts presented to a court after a lawsuit will definitely lead to you losing the case.

An inane or frivolous claim is one in which the rights owner cannot have their case be brought to the court. This means they have no chance of winning. In addition, they are also not permitted to make infringement claims against any other seller on Amazon.

Clear claims are the ones in which the infringer knows they are guilty. In some cases, they may not be aware of the infringement, these rare cases are usually due to lack of understanding of how infringement works.

In order to understand this, let’s look at an example. If a seller buys a particular item from a manufacturer and starts making fake copies and selling them on Amazon, he or she is clearly in violation and the rightsholder can easily win the case in court if it gets to that stage.

This kind of situation can easily be evaded by sellers. Try your best to follow the Amazon policy against patent infringement to prevent risking your product listing from being taken down. 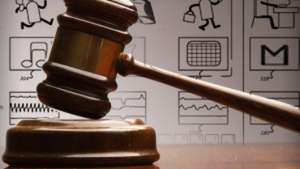 Identifying the nature of the claim is very important. After doing this, you can proceed to take action if necessary. The following steps can be taken to fight patent infringement:

If you receive an email that accuses you of patent infringement, the first thing you will want to do is look up the information on the patent. This step is very important because it can help you identify the real owner of the patent.

Getting the right information will help you eliminate any fake patent owners. You could really use this information, especially if the accuser decides to sue you as this is a case you will definitely lose.

When you successfully identify the owner of the patent, the next step requires you to contact them. It is important to know for sure who owns the rights to the product you are selling. Sometimes the manufacturing company you get your products from is not the legal owner of the patent and sells knockoffs.

If you identify that the patent owner is your supplier, you will be able to discredit the claims made by your accusers. After you confirm the patent holder you can move to the next step.

3. Send a copy of the manufacturer’s license to Amazon

Amazon will require a copy of the information you have found about your patent. This is particularly important if your products listings have been affected by the claims.

Amazon takes reports on patent infringement very carefully, so make sure you give correct information. After sending the copy, wait patiently until you get an update from Amazon.

4. Request for permission to sell

The last step is requesting permission from Amazon to sell your products again. The possibility of getting your business running again is more apparent, especially when you have been vindicated after a claim was made against you.

If you are clearly guilty of infringement, you will probably have to stop selling the product the patent claim was made for. In such cases, you probably have to find another product to sell or get the right permission to do so.

After you have been granted permission from the patent owner, you can proceed to ask Amazon to grant you the right to sell again. You can also get a patent lawyer on Amazon who can act as Amazon patent infringement insurance just in case you ever run into tricky situations.

However, in some cases, other Amazon sellers can file a complaint against you just to get rid of the competition. These cases are unpredictable and can be very destructive your business.

If you find yourself in that position, you must make sure you have the right assistance. AMZ-Expert can provide you with a team of experts who will work tirelessly to come up with the solution you are looking for and help you through the entire process.

READ  How to Become a Vendor on Amazon?
If you would like more information or have any questions
Please leave us your email and we will do our best to get back to you as soon as posible