Getting bad reviews on your products on Amazon is never a good thing. It usually means you are doing something wrong. However, there are some sellers on Amazon who try to avoid bad reviews by creating their own reviews.

This practice affects other sellers’ productivity and needs to be stopped. It is encouraged to report fake Amazon reviewers as it will make your business environment more transparent. Amazon is also playing their part in stopping sellers who use fraud reviews to promote their business. Once caught, not only are their accounts suspended, they are sued as well.

A fake positive review provides misleading information about a particular product listing. The aim of this kind of review is to lead potential buyers to purchase the product by basing their decision to do so on the reviewer’s words.

Fake positive reviews have a negative impact on Amazon as a retail platform. Many buyers lose confidence in Amazon when they get an unsatisfactory product they bought based on a positive review.

It is not easy to identify a false positive review. However, in the majority of cases, they have the following characteristics: 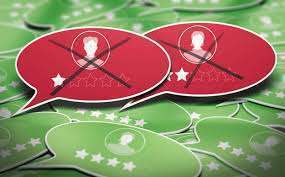 Unlike fake positive reviews, false negative reviews are used to sabotage other sellers’ products. This is very common if two parties are selling the same goods or some of the same kind.

Any seller on Amazon can hire different individuals to do the dirty work for them. It is unfortunate that some of these reviews actually have a negative impact on other businesses. Consumers can also be affected because they might miss out on a better-quality product.

The process of identifying fake negative reviews is very similar to that for the fake positives. The only difference is the emotional language used in this case is negative. In many cases, these kinds of reviews sound exaggerated and that can be a strong sign that they probably fake.

Another way of determining the authenticity of the review is by identifying the buyer. Fake reviews are done by individuals who are not verified buyers. This means they do not have the right to write a review on a product they did not buy.

How to report fake reviews on Amazon

Fake reviews have bad effects on both sellers and Amazon itself. Therefore, it is advisable to report Amazon listings with fake reviews. Many sellers get away with this fraud act because people don’t really know how to report suspicious reviews on Amazon. We will cover the basics of what it takes to make a report. These include:

1. What kind of proof do you have to show Amazon?

Imagine you are looking at your product listing and notice pretty bad reviews. Although bad reviews are normal, this time it feels different and you suspect these reviews may be fake. How do you report Amazon seller fake reviews?

The first thing you have to have is proof that the reviews are actually fake. Start by looking for the reviews and taking the necessary screenshots. The screenshots should be taken to help you highlight your point. They will serve as visual proof for when you present your case to Amazon.

Once you have taken a sufficient number of screenshots, the next step would be writing a few summaries describing the screenshots. Try to include only the important details as too much information can be discouraging for Amazon to review. Once you have provided the appropriate facts, you can proceed and get Amazon’s attention.

2. Where to report Amazon fake reviews?

Amazon has a well-established policy to help all community sellers run their business well on a platform. Once you have made a full description of your complaints, the next step involves sending an email to Amazon. If your case is taken by an Amazon team, all you have to do is patiently wait for Amazon to take action.

Amazon has recently made it one of their top priorities to crack down on any cases involving fake reviews. This means sellers will easily report such cases in the future and focus more on other aspects of their business.

In order for Amazon to function as a great retail platform, it requires sellers to be honest. Reviews serve a very major role in helping Amazon run a successful online retail market. Keeping them as accurate as possible is very important, and a seller should stay away from creating reviews for themselves.